If your Pocket WIFI Device Asks for  a Network Unlock Code, we can provide you with that code to enable you to use the device with other Network Carriers sim cards..

Start by Selecting the Network that your device is from and NOT the Network you would like to use it on. 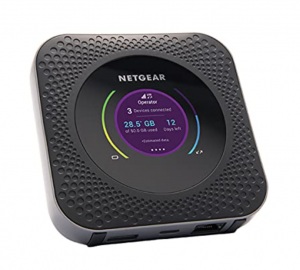 Select the Name of the Country and Carrier that your mobile hotspots is locked with presently.

Find your Device IMEI number on the sticker located at the bottom of the device or go to your modems homepage by entering an IP address such as 192.168.8.1 into your browser and go into the Advanced Settings > Device Information.

4. YOUR mobile hotspots IS NOW UNLOCKED!

Chris Fox

Amazing stuff!
Read More
Who would have known unlocking a wireless router would be so easy, i unlocked my mifi in and literally the code came is 30 minutes

Mariam

Will be back
Read More
Pro tips for the mifi router unlock, remember to reset your device because sometimes it can cause issue

Niaga

success
Read More
I was a little shaky about this website but decided to take the risk and go for it anyway. Their prices were by far the best. I was able to successfully unlock my device after I receive an email confirming the unlocking process. It took them less than 48 hrs. I'm very impressed, thank you very much!

Affordable mobile hotspots Unlocking for everyone.  Please compare our prices with our competitors to unlock MiFi.

Alternative Unlock Instructions for Pocket WiFi Devices (Depending on the Model)

Use an IMEI check service to make sure your mobile hotspots is not blacklisted.  The unlocking process is easy.  A mifi unlock code generator is used to calculate the network unlock code for your device. First select the country and network provider when using the specified unlock instructions in order to get the device to prompt for the network code on the screen. If your contract has an unpaid bill, no worries we can still provide the unlock code to you.  Before inserting the code it is recommended to power down your device using the power button, upon restarting the router simply enter the 16 digit network code that we provided. and that’s it your wireless pocket router / MiFi device is unlocked.

MiFi is a brand name for a wireless router that functions as a mobile Wi-Fi hotspot. Inseego Corp (formerly known as Novatel Wireless) has a registered trademark on the “MiFi” brand name in numerous countries, including the United States, Canada, and Mexico; in the United Kingdom, mobile operator Hutchison 3G owns the “MiFi” trademark. Novatel Wireless has never provided an official explanation for the origin of the moniker “MiFi,” which is thought to be an abbreviation for “My Wi-Fi.”

What is difference between Wi-Fi and MiFi?
What is the Difference between Mi-FI and Wi-Fi?
Wi-Fi is a wireless network standard, and a MiFi is an internet device that has Wi-Fi built into it. MiFi uses the Wi-Fi standard to share and connect your devices to the internet.

When linked to a cellular network, a MiFi device may give Internet access to up to 10 devices. In May 2009, Novatel Wireless launched the first MiFi device in the United States.
In the United Kingdom, 3’s “MiFi” is a Huawei device with the same name.

Mobile Hotspot Routers we can Unlock:

Unlocking a MiFi Mobile Hotspot has never been easier!

To avoid any complications make sure you are able to access the lock screen prior to ordering. Once the device is sim unlocked the mobile hotspots will work on all compatible GSM networks worldwide.  Select then name of the mobile hotspots original network provider  to get started! If you don’t know if the device has been blacklisted  you can find out using your IMEI number.