Start by Selecting the Network that your Phone is from and NOT the Network you would like to use it on. 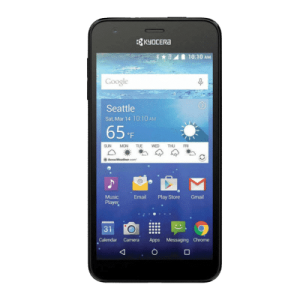 Shermin

thank you!
Read More
I got my Kyocera unlocked by unlockmysim website

Jen

very good service!
Read More
It worked just as promised. The service was unbelievably fast! I was sent an email within minutes saying that I could run the device unlock app to unlock my phone. They suggested that I wait 45 minutes, which I did, then ran the app and my phone was unlocked! This is a great service, fast, simple and reliable.

Taz

5 stars
Read More
I used this service to unlock my phone , I was surprised how quick it was because I live in England and the phone was a gift to my sister , she lives in Portugal and 5 mins later the phone was unlocked.

Olsen

pin code for kyocera
Read More
People network unlock your Kyocera on your android mobile, the service works fast and cheap too
Previous
Next

Instructions on how to Unlock Kyocera Phone by IMEI

Use an IMEI check service to make sure your Kyocera phone is not blacklisted.  The unlocking process is easy.  Select the exact model when using the specified unlock instructions in order to get the phone prompt for the network unlock screen. If your contract has an unpaid bill, no worriers we can still provide the unlock code to you.  Before inserting the code it is recommended to power down your device using the power button, upon restarting the phone simply enter the 16 digit network unlock code that we provided. and that’s it your phone is unlocked.

Kyocera Corporation is a Japanese multinational headquartered in Kyoto, Japan.

Kyocera sells phones for the Japanese market but are sold under different brand names. Kyocera makes phones for some Japanese wireless carriers such as Y!Mobile, AU, Willcom, and Softbank. As well as for T-Mobile, AT&T, Verizon, Boost, Cricket and Sprint for the USA market.

Unlocking an Kyocera Phone has never been easier!

To avoid any complications make sure you are able to access the lock screen prior to ordering. Once the device is sim unlocked the Kyocera cell phone will work on all compatible GSM networks worldwide.  Select your phone to get started!